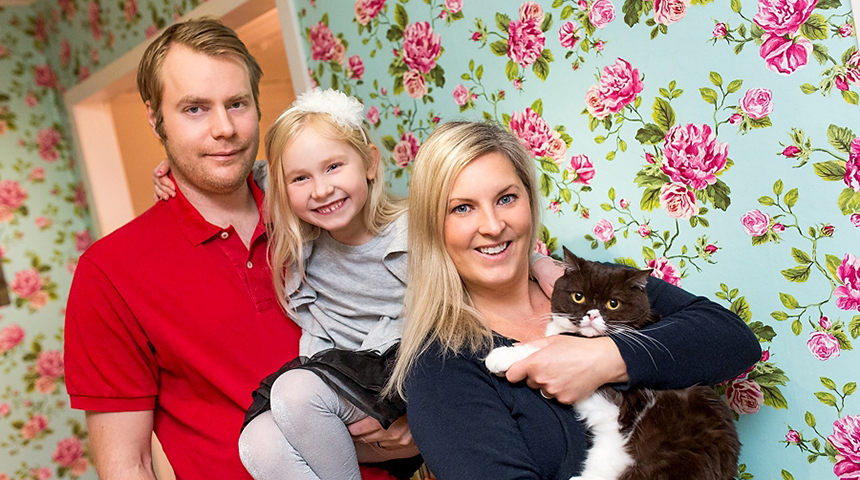 Oras in Sweden took part in the big event to celebrate Finland's 100th anniversary in Kundsträdgården in Stockholm last year. We held a competition in which the top prize was to become our Oras family with touchless faucets at home. We received an incredible number of entries and there was a huge interest in switching to touchless faucets, and to get to know more in general.

Allow us to introduce our winners, the Henriksson family from Ingarö.

The Henriksson family consists of Mum Jennie, Dad Sebastian, 6-year-old Lumi and Cörwes the cat. The family bought their house 6 years ago and still had the single-lever faucets the house had when they moved in. We fitted meters to their faucets so that we could see and compare the results of the water consumption between the old faucets and the new touchless faucets.

There were two reasons why the Henriksson family entered the competition: they wanted to reduce their water consumption and to be more considerate about the environment. Hygiene was another important factor. Bacteria do not accumulate on touchless faucets in the same way, and it is also easier to keep them clean, as there is no need to touch them, so there will be no fingerprints, for example.

The family had great expectations ahead of the switch, partly because the new faucets would give both the kitchen and bathroom a facelift with faucets in a new and uncluttered design. They also thought having touchless faucets at home sounded simpler when you have children – Lumi would not have to open and close the lever every time she had to wash her hands.

The switch to touchless faucets

When we had changed the family’s traditional single-lever faucets to the new touchless faucets, the family had a few days to familiarise themselves with the new functions before we started the new measurement of water consumption. However, they all thought that acquiring new habits took very little time. In the kitchen they soon developed new routines that made both preparing meals and dealing with washing-up afterwards simpler.

Another benefit in this connection was that there was a greater focus on environmental friendliness in general. It's easy to save water when you wash your hands, and no doubt there are many other things that can easily be changed in the home.

An interesting little fact: Lumi means snow in Finnish. Sebastian, whose is from Finland, and Jennie met in the Alps, hence the Finnish name Lumi.

The faucets that were chosen by the Henriksson family were:

In the bathroom, Oras Electra 6151F 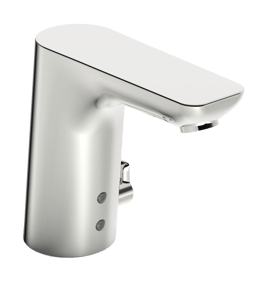 You can read more about Oras touchless faucets here

To see the full range of touchless faucets click here

END_OF_DOCUMENT_TOKEN_TO_BE_REPLACED 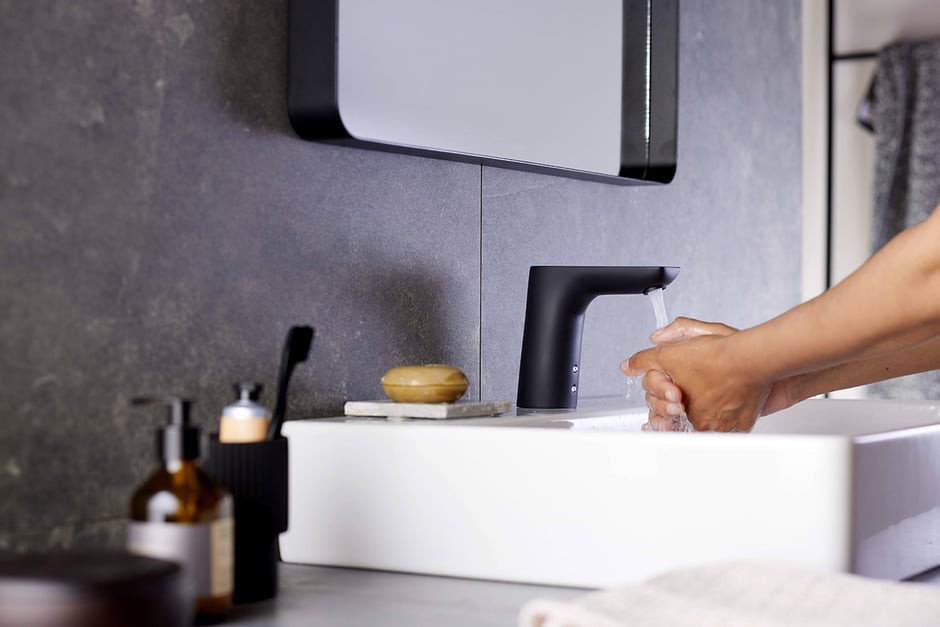 The doctor has spoken: the best way to wash your hands

Over the last few years, we’ve all gotten an education on the importance of washing hands. Adrian Busen M.D. gives his best advice for how to do the task right.

END_OF_DOCUMENT_TOKEN_TO_BE_REPLACED 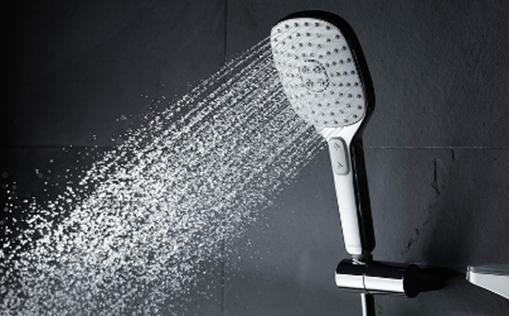 Best of wellness tips for your bathroom

We don’t have the ultimate solution to all challenges of today’s busy lives. But we know that making more space for wellness in your bathroom can help you cope with it. Find out how to create your...

END_OF_DOCUMENT_TOKEN_TO_BE_REPLACED 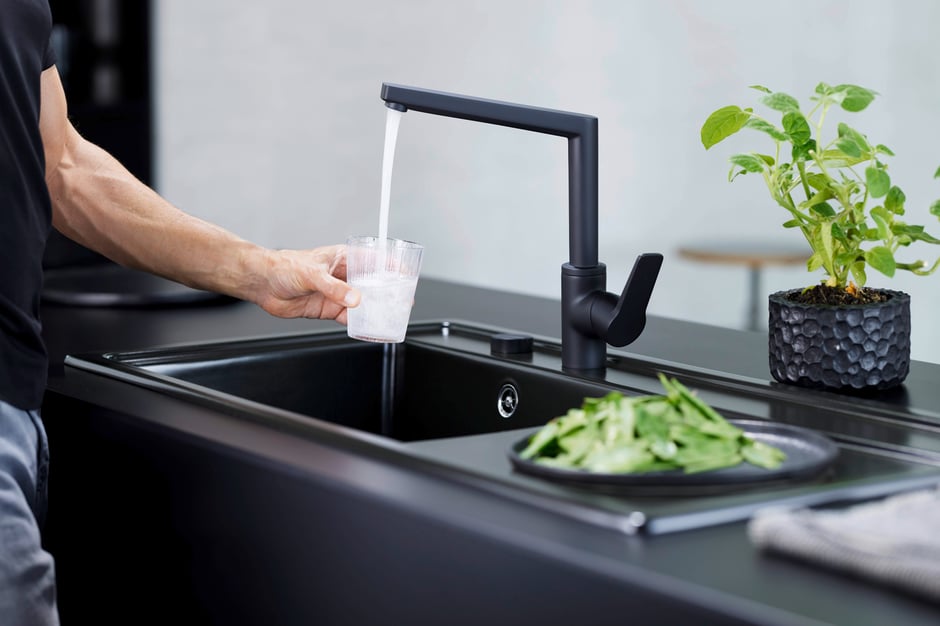 Your home deserves only safe and healthy drinking water

Improve the safety and quality of your drinking water with these simple tips you can implement in your home.